Early December and the last (!) big trip of 2014. Unconventionals in Europe, heavy oil fields and universities.

Kuwait is the home of the 2014 SPE Heavy Oil Conference and Exhibition. It is a great conference but overlaps the 8th International Petroleum Technology Conference (IPTC) held in Kuala Lumpur, Malaysia. Although I wrote an SPE paper for IPTC; my assignment is to go to Kuwait. Thanks go to my friend Usman Ahmed for presenting my paper! SPE members in Ankara, Turkey are sponsoring an unconventional reservoirs workshop just before the IPTC and so, looking at the map it appears that it would be simple to go to Ankara "on the way" to Kuwait.

I was at least home for Thanksgiving. You can see my "other" blog with pictures of me smoking a turkey (and brisket/ribs/etc) here.

This looks like my last trip of the year! Here is the location of both Turkey and Kuwait. Due to Lufthansa strikes I overnighted in Frankfurt. Not too bad and I always enjoy Frankfurt. 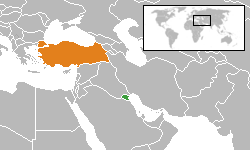 It wasn't quite that straightforward, but it worked. Here is what the travel looked like.

Ankara is the capital of Turkey and is a large city of over 5 million (but much smaller than Istanbul with over 14 million). Its history dates to antiquity but of course today it has a very modern look and feel. In addition to speaking at the unconventionals conference I have the opportunity to speak to petroleum engineering students at the Middle East Technical University. We took a few selfies but with a hundred people it was a little tough to get everyone. 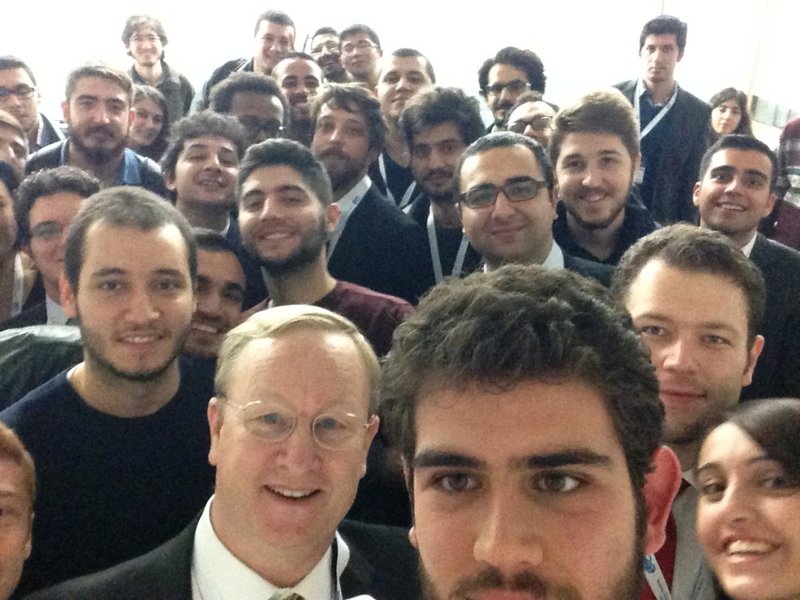 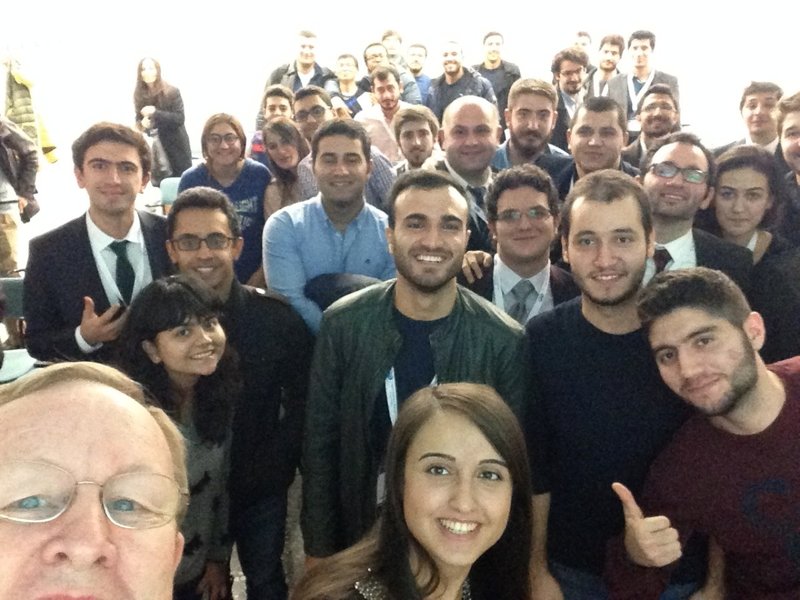 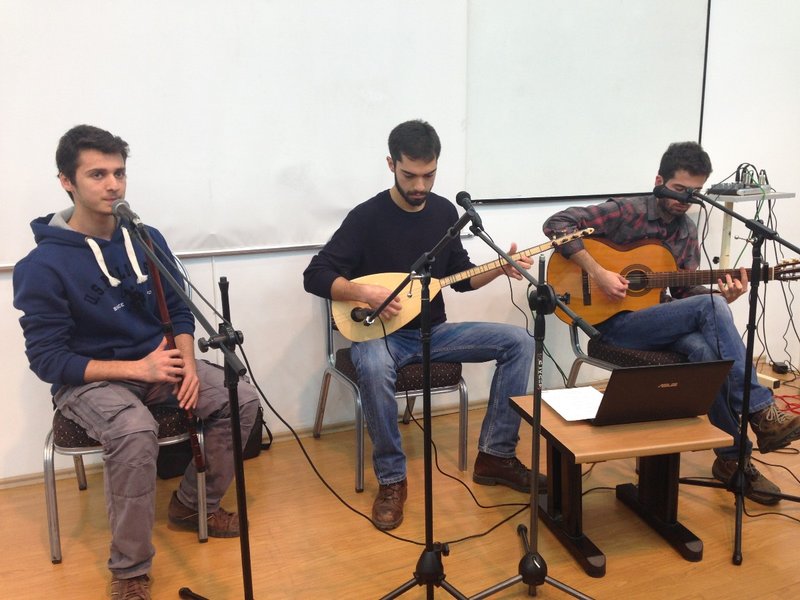 I flew back through Istanbul and stayed for about an hour in the Turkish airlines business lounge there. It is the largest business class lounge I can recall. They have a movie theater, dozens of food and drink stations on multiple levels, pool room, slot car racing, video games, etc. Pro tip: go to the lower level which is less crowded. 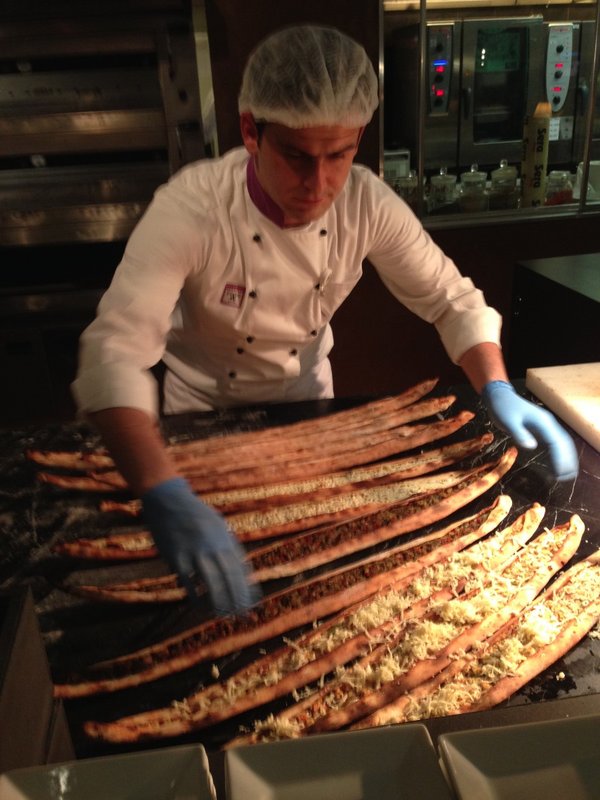 Here is one of the many live cooking spots.

Kuwait is bordered by Saudi Arabia, Iraq and Iran. Its strategic location has contributed to a complex and often tumultuous history. Kuwait is a significant oil producer and has very substantial heavy oil potential. A few years ago I participated in a "peer review" of some development plans for the massive heavy oil opportunities (for KOC) and as a consultant I advised KUFPEC. I have always enjoyed going to Kuwait and was particularly looking forward to speaking with students at Kuwait University.

The conference started with training courses on heavy oil recovery and heavy oil upgrading. One of the instructors was former SPE President and friend Behrooz Fattahi. I saw a lot of old friends at this conference. S. M. Farouq Ali was there and as one of the great authorities on thermal recovery he had been in Kuwait many times. The conference was held at the Hilton resort which is a great venue.

I spoke at the opening ceremony and my speech is attached at the end of this blog post. There were a lot of excellent talks and I met with many SPE members. I handed out PLENTY of awards (always fun) and really enjoyed the students. We took SPE selfies (#SPElfie) as follows. 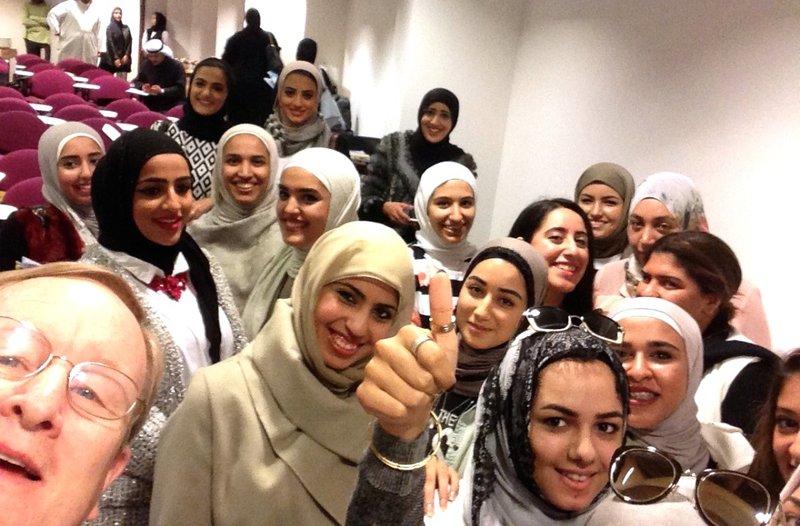 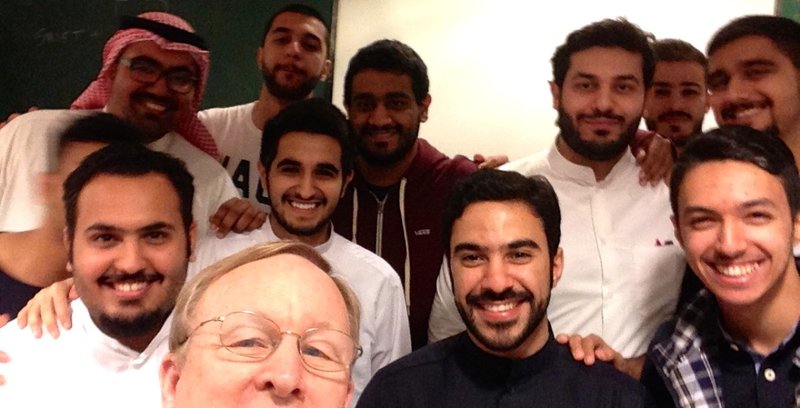 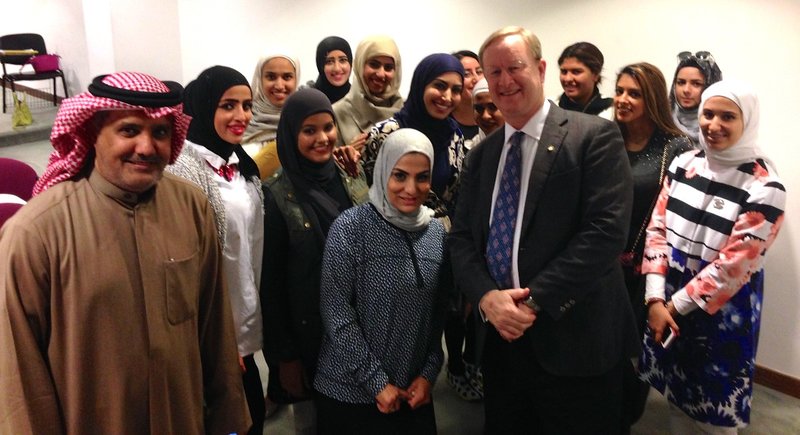 I had a little time to do some tourist stuff and have a few pictures to show for it. 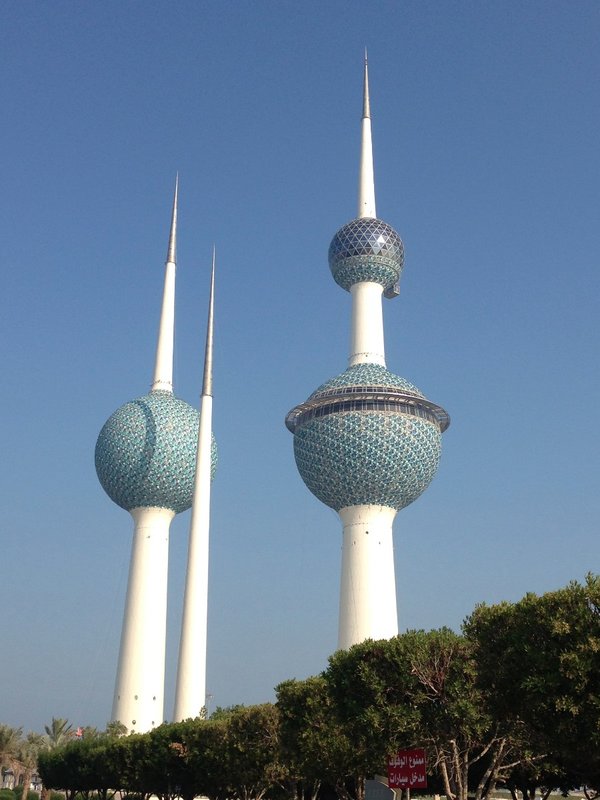 These are an icon in Kuwait but are not currently open to the public. 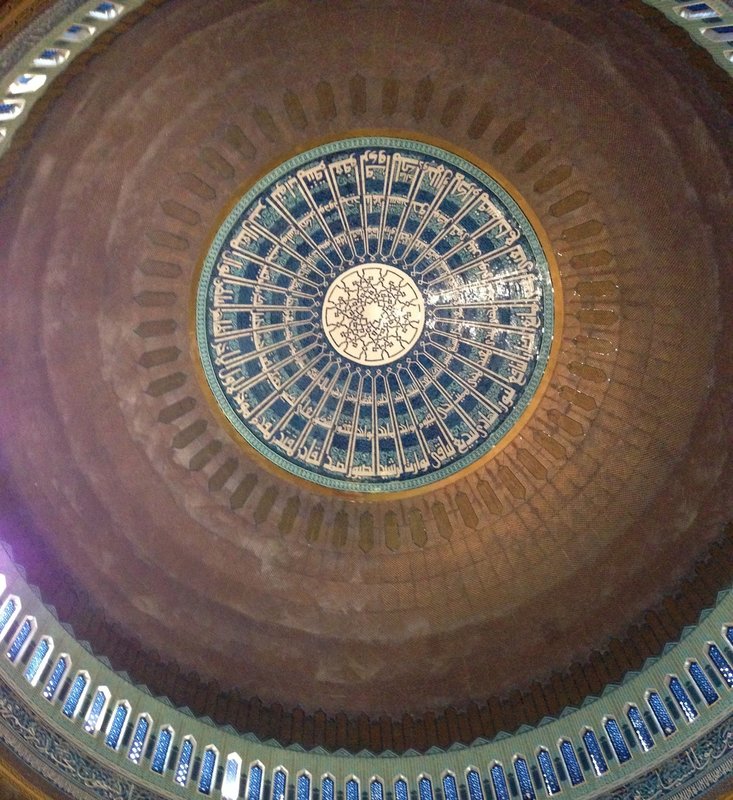 The Grand mosque is one of the world's largest --- the dome is shown here. 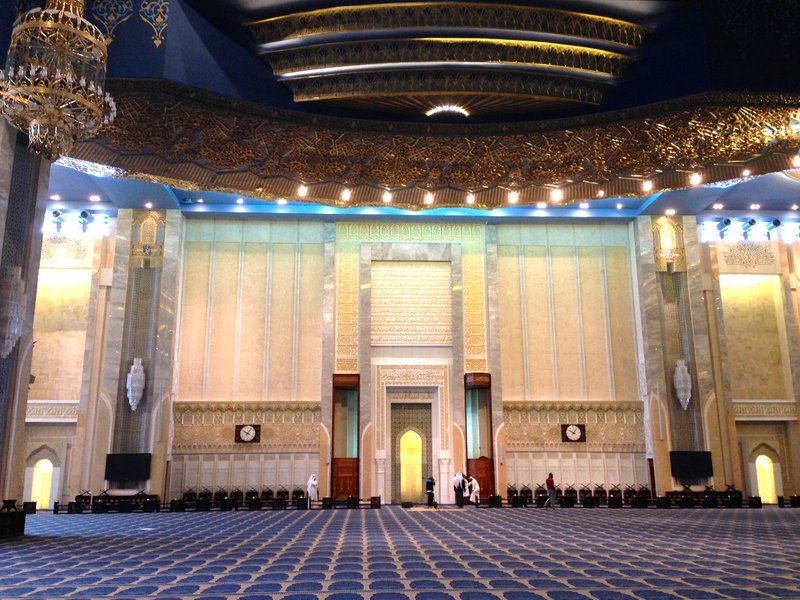 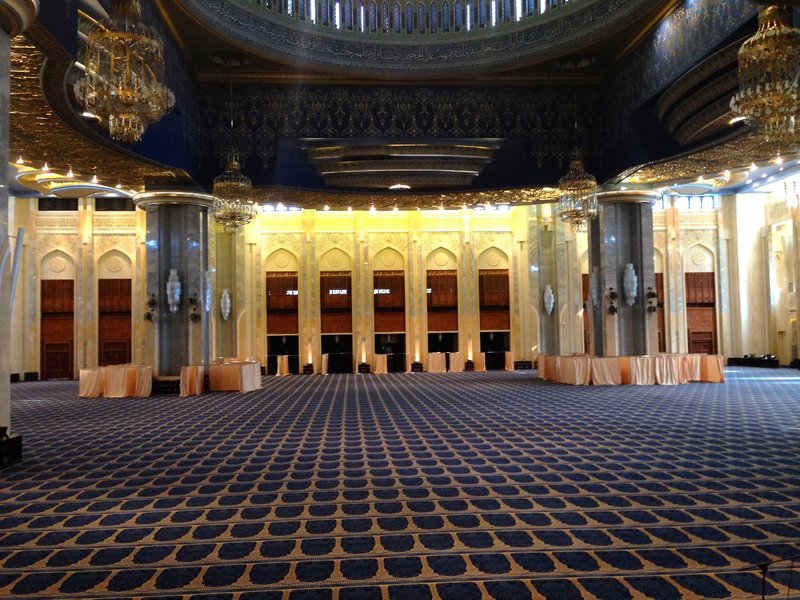 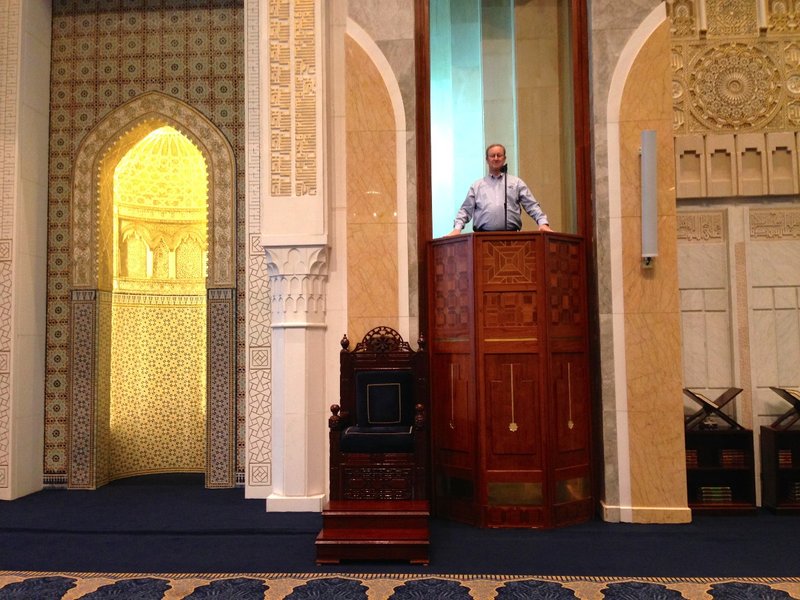 Here I am standing where the Imam normally stands at Friday prayer. 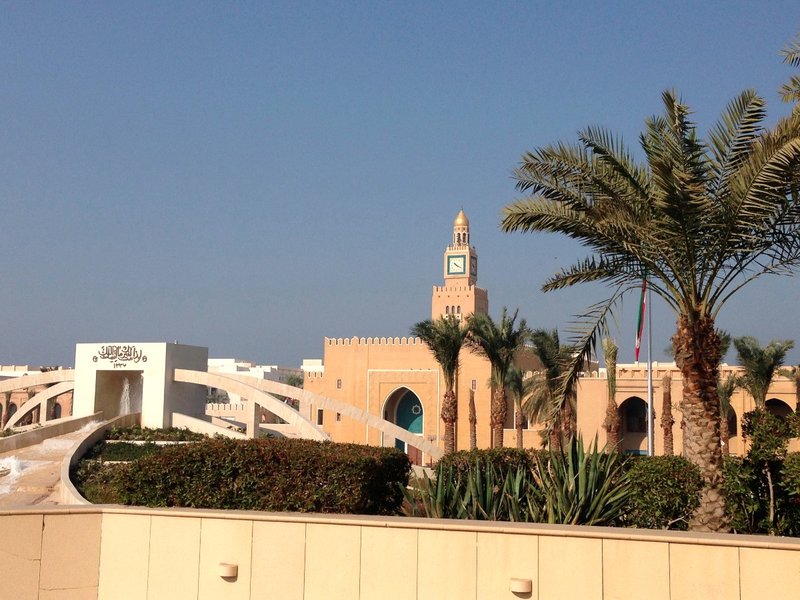 The palace is across from the Grand Mosque and not open to the public. 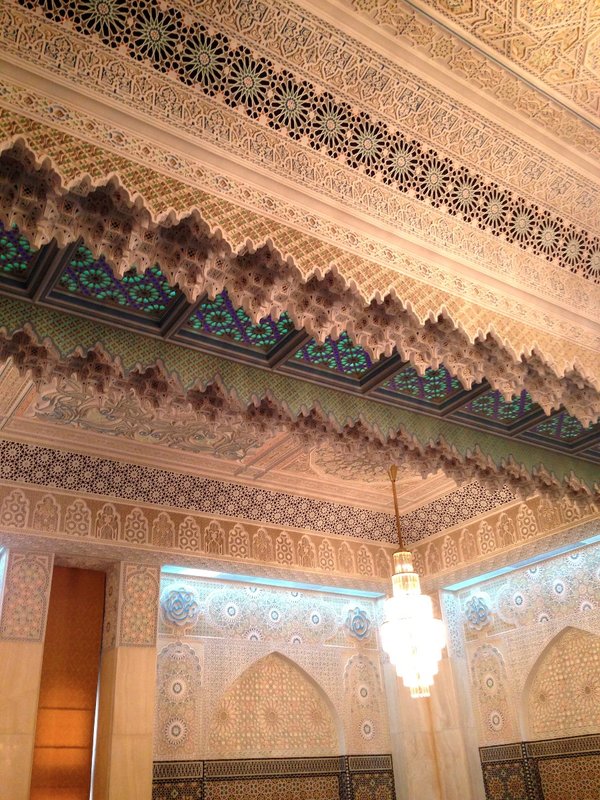 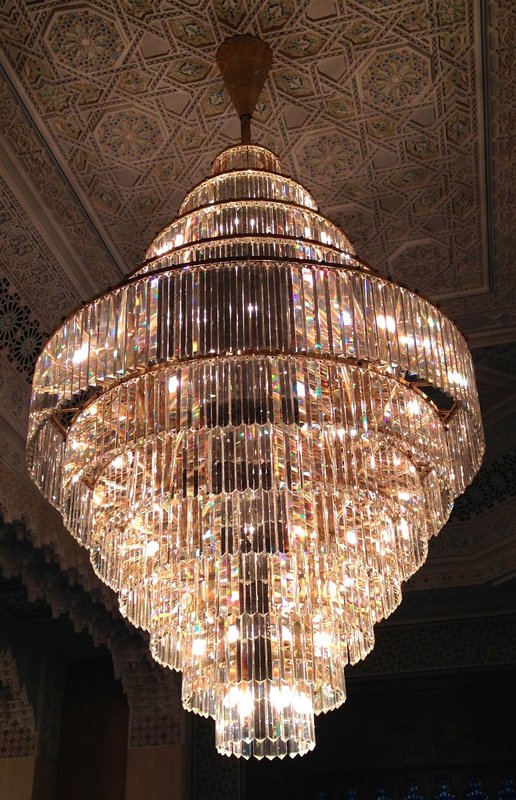 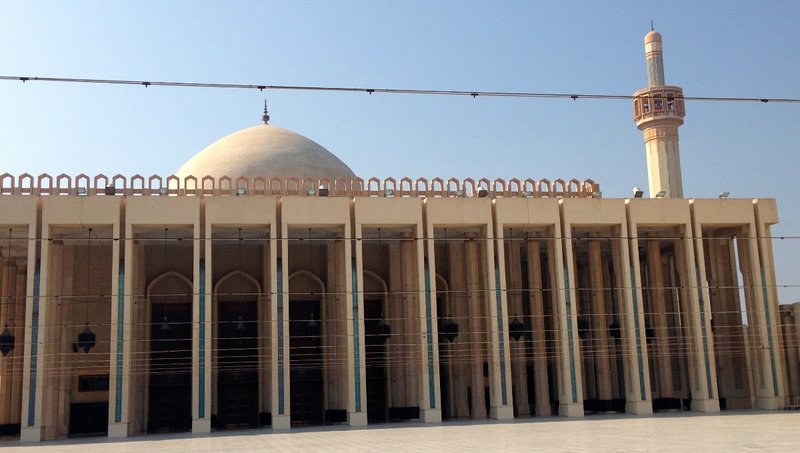 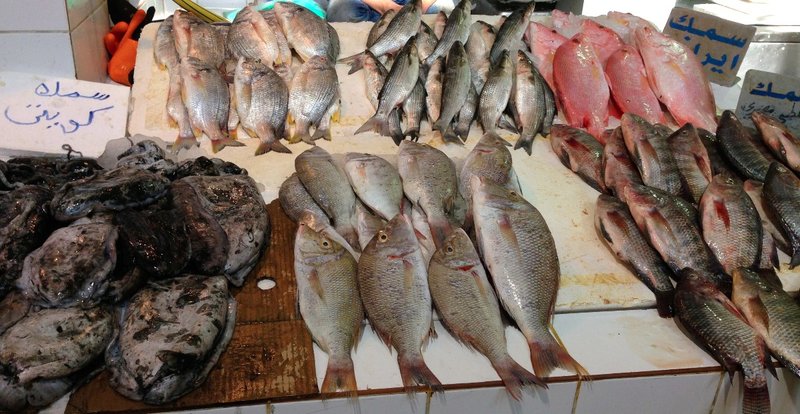 Pictures from the old souq 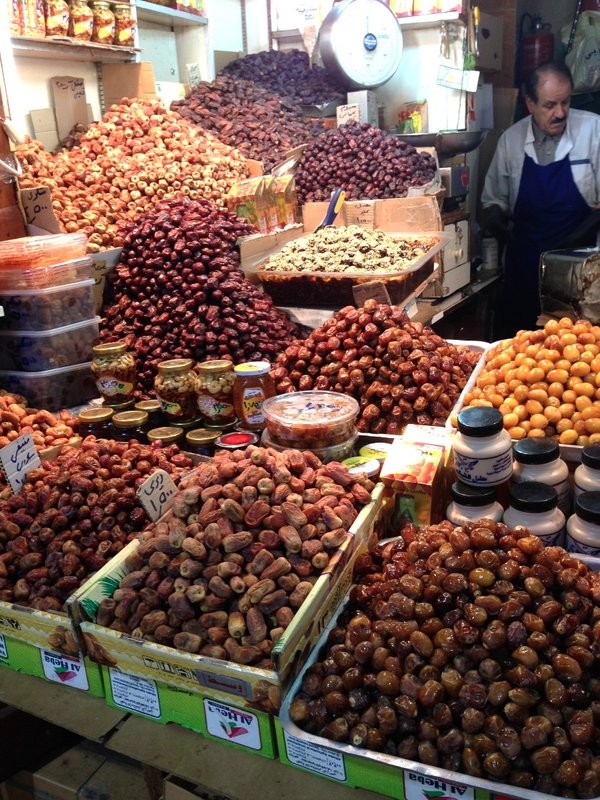 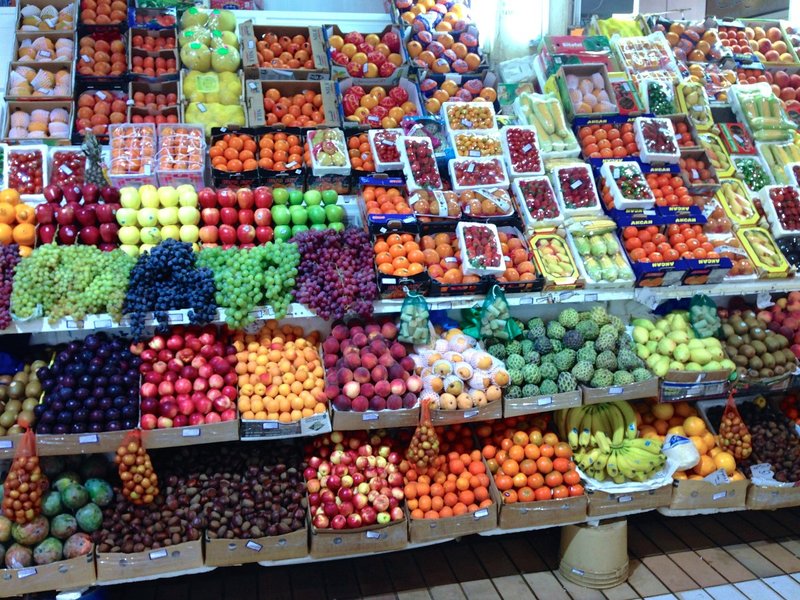 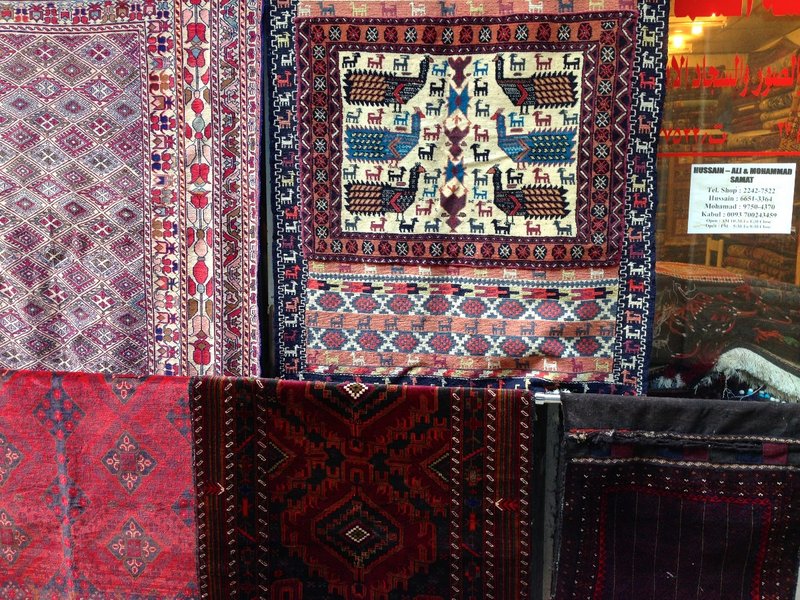 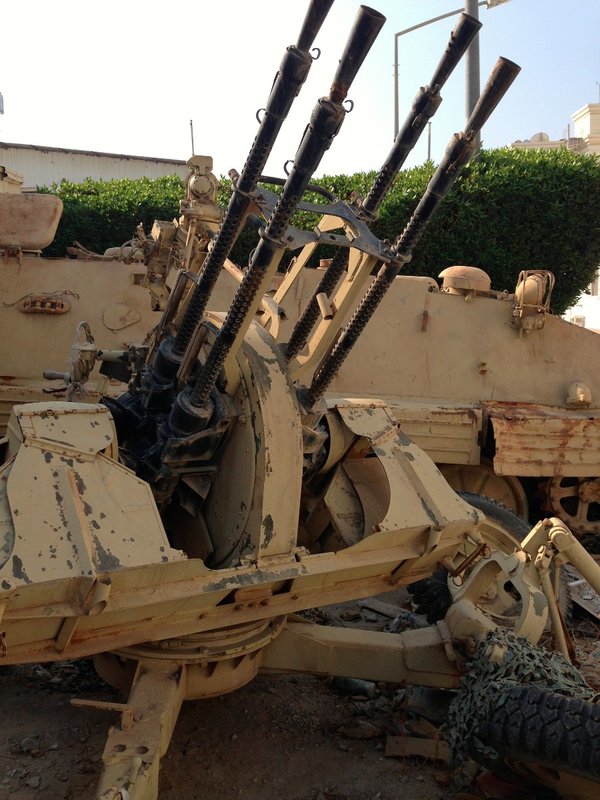 No opera on this trip.

Good morning and welcome to the SPE International Heavy Oil Conference and Exhibition.

I am very pleased to be back in Kuwait. This is a fascinating country with a long history. My experiences in Kuwait have always been very enjoyable and the hospitality of the Kuwaiti people is widely known.

When I was a graduate student in the mid-1970s I met an engineer from the Gulf who was conducting research on heavy oil. I found this fascinating as he described the vast resources of heavy oil in the Middle East. He was conducting thermal research alongside engineers from Venezuela, Canada and Indonesia. As they compared notes on their respective reservoirs it was clear that they were very different and that the same solutions would not be applicable around the world.

This reminds me of a young engineer that I have mentored for a number of years. He is very intelligent, ambitious and hard working. I once asked him “what do you really want to do in your life?”

You know, start programming in machine code at age 13. Get nearly perfect scores on your college entrance exams and go to Harvard. Then drop out and form a company that develops the software used on the majority of the world’s computer systems.

He responded to me…”I can’t do it like he did.”

My thoughts about heavy oil in the Middle East echo that sentiment with respect to the other great heavy oil producing regions of the world. “We can’t do it like they did.”

This is what reminded me of the young engineer. Just as he can’t get rich the way Bill gates did it, We can’t develop our heavy oil resources just like others have done.

There are of course many things that we can learn from other heavy oil projects around the world. The SPE’s mission of collecting and disseminating technical information plays a key role in helping find what knowledge from other areas is most relevant to us. Over the next few days we will be adding to that body of knowledge.

SPE members working in heavy oil need very broad skills. Heavy oil challenges extend beyond drilling and completion challenges and conventional production issues. Surface handling, chemical treatments, transportation and processing issues are all relatively more critical in heavy oil projects. Because most heavy oil projects are relatively shallow, we have the opportunity to drill more wells and do a very good job with our geological and geophysical models. Unfortunately we often have to make decisions early in the field life without the benefit of detailed earth models. It is important that we gather as much information as early as possible and make plans that are flexible in order to maximize oil rates and recoveries and minimize costs.

Before I came here I looked at the scheduled panelists, technical programs, e-poster sessions, training courses, and the project session. We have an impressive list of participants from all around the world. I am looking forward to learning from these experts and I am also looking forward to the opportunity that I have as President-elect of SPE to address students at Kuwait University. Since September of this year I have been traveling around the world and have attended a lot of meetings, given a lot of speeches and handed out plenty of awards. I love seeing old friends like I have already done here this morning and making new ones. But the thing I have enjoyed most is meeting with students and young professionals. They are literally the future of our industry and I am convinced that this future is in good hands.

North American unconventional activity is highly sensitive to oil and gas prices because so much of the production occurs within the first two or three years of drilling the wells. Operating costs and facilities’ costs for such wells are a small fraction of total capital. If product prices spike up, operators can easily justify a short-term and rapid bump in activity. It is also relatively easy to cut back on activity when prices drop.

Deepwater project activity, on the other hand is less sensitive to product price variations because of the long timeline of the projects and the relatively large fraction of capital costs associated with pipelines and facilities. Don’t get me wrong….deepwater project economics are highly sensitive to product prices--- but activity is not as sensitive. Operators don’t see an increase in oil prices and say “$100/barrel, let’s go build that deepwater platform!” Deepwater activity has to be approved with a long-term view in mind which incorporates the possibility of varying product prices.

Heavy oil projects must be designed with a long-term view for several reasons. Operating costs are a larger fraction of total costs than in deepwater or unconventionals due to the energy input into the system. For example, a steam injection project using natural gas invests a great deal of time and energy to heat the reservoir. A drop in oil prices or an increase in natural gas prices makes the project less profitable; however, shutting in injection is rarely an option as the subsequent cooling of the reservoir wastes the energy already invested in the recovery project.

The total time to process heavy oil reservoirs is relatively long and we target high recovery factors. Thermal projects usually focus on relatively high porosity rocks so that injected heat can target the oil rather than just heating the rock. To realize these high recovery factors requiring a long-term commitment. Ultimately the balance of recoveries, costs and prices will determine our success; however, the heavy oil expert is running a marathon, not a sprint.

An example of that long term approach is Kuwait Oil Company’s 2030 strategy. To achieve the stated goals it will be vital to develop all of the identified significant heavy oil resources in a very efficient and effective manner. I hope that the things we learn and share here in the next few days will contribute significantly to accomplishing these objectives.

I want to thank the Conference and Program committees and all of the volunteers who have worked so hard to make this conference and exhibition a success. Thank you very much.