Now this was a wild one.

I had just returned from Quito, Ecuador on a Friday and headed to India the next day at noon.

But first on Saturday morning I was going to a Cub Scout pancake breakfast and went to pick up my sister. Tourists in a minivan decided to make a left turn in front of me. She said she didn't see me. I saw her, but even with my anti-lock brakes kicked in I just couldn't stop. Fortunately I was only going about 20 mph but that was enough to deploy the air bags and leave me with some bruises. Have to admit I was anxious about hopping on airplanes for more than 18 hours. But (as I write this over Pakistan) I just feel the normal level of soreness for such a long flight.

It takes a long time to get there and I didn't arrive until late Sunday night. Arrived in Mumbai but immediately headed to Pune to visit SPE students at Maharashtra Institute of Technology.... the other MIT. These are brilliant students and the school has an amazing reputation.

That night, back in Mumbai we had a dinner with planners for the SPE Oil and Gas India Conference and Exhibition (OGIC). I spoke at the opening ceremony and presented awards...spoke with Young Professionals, students and teachers, local section members and leaders, etc.

Next off to Delhi and Dehradun. I had not previously known much about the University of Petroleum and Energy Studies, but it is also a very impressive school with an amazing group of students. I am the first SPE President to visit UPES.

Next stop (through Delhi In Kolkata for the weekend although a delayed flight meant I arrived at the hotel at 1:30 am. Sunday morning I woke up to watch (on the computer) my beloved Stanford Cardinal beat Notre Dame in a last second win. My Sooners also beat Oklahoma State handily and look assured to be in the Championship. On Monday it was off by train to Dhanbad at the Indian School of Mines. Wow! I am amazed at the size and number of engineering schools as well as the enthusiasm of the students.

The three schools, ISM, UPES and MIT all received the 2015 SPE Outstanding Student Chapter Awards. Based on my observations they were definitely deserving of this recognition.

After ISM it was back to Kolkata for a flight to Dammam.

My travel in India...Zoomed in. 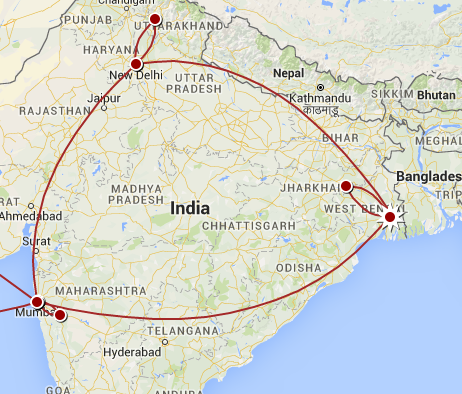 Pics at the University of Petroleum and Energy Studies (UPES) 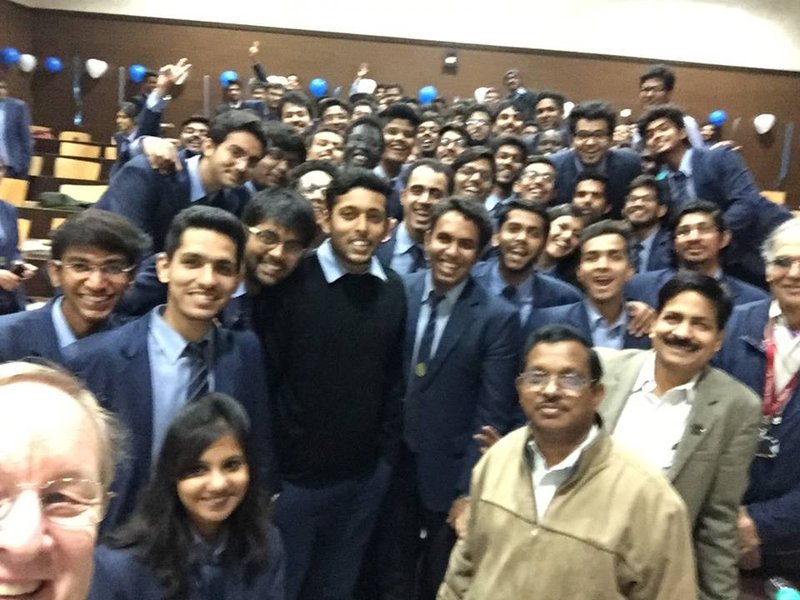 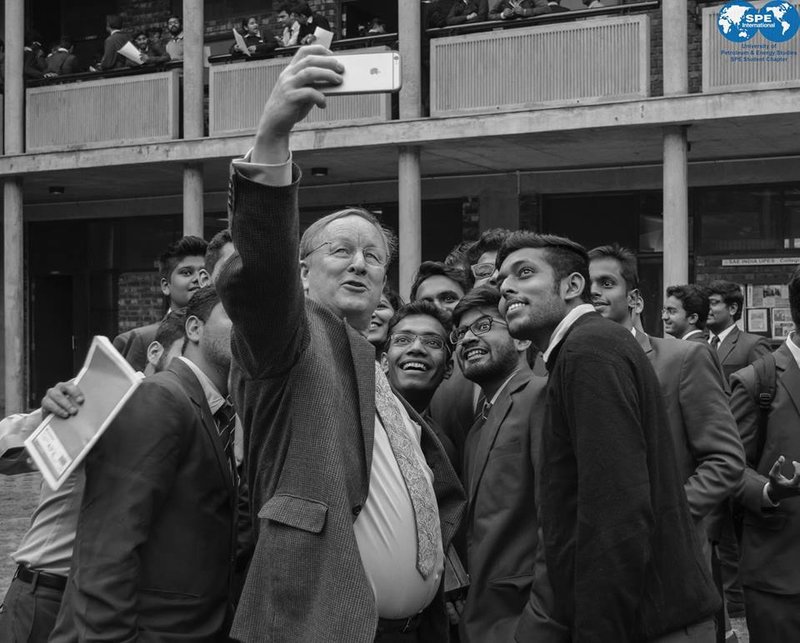 They had a kite flying activity in which anti-terror messages are written on the kites. 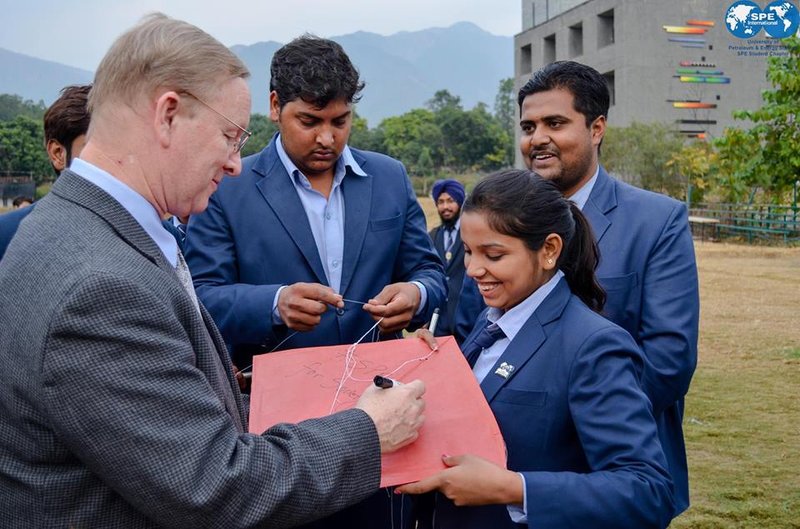 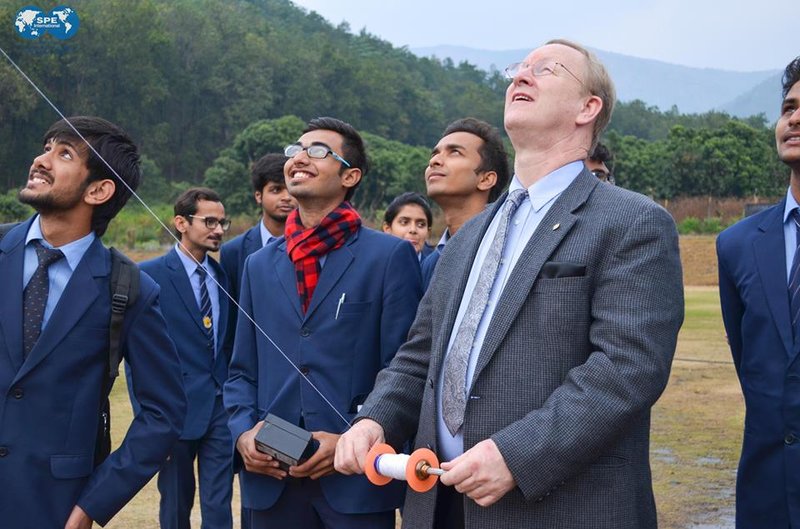 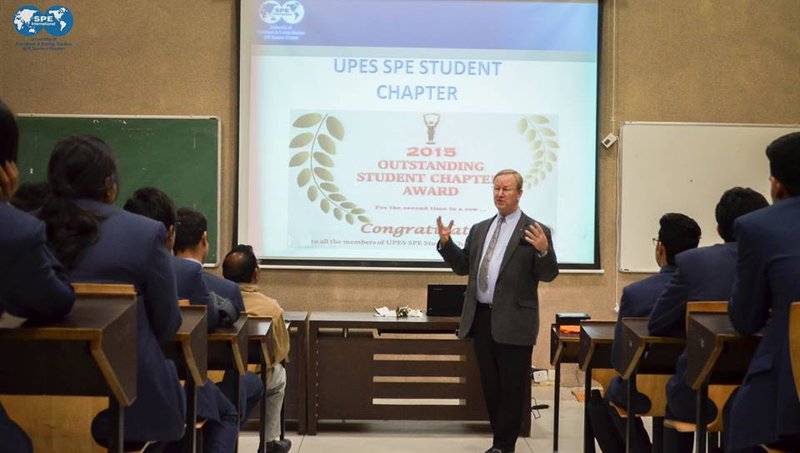 Another SPElfie at MIT, Pune 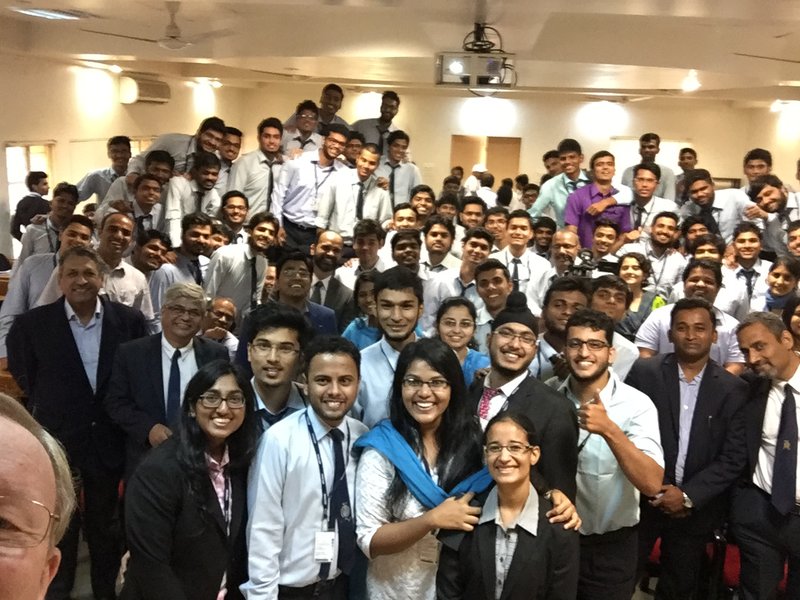 At the Oil and Gas Conference in India the Energy Minister and I spoke at the opening. Here he is at the Baker Hughes booth. 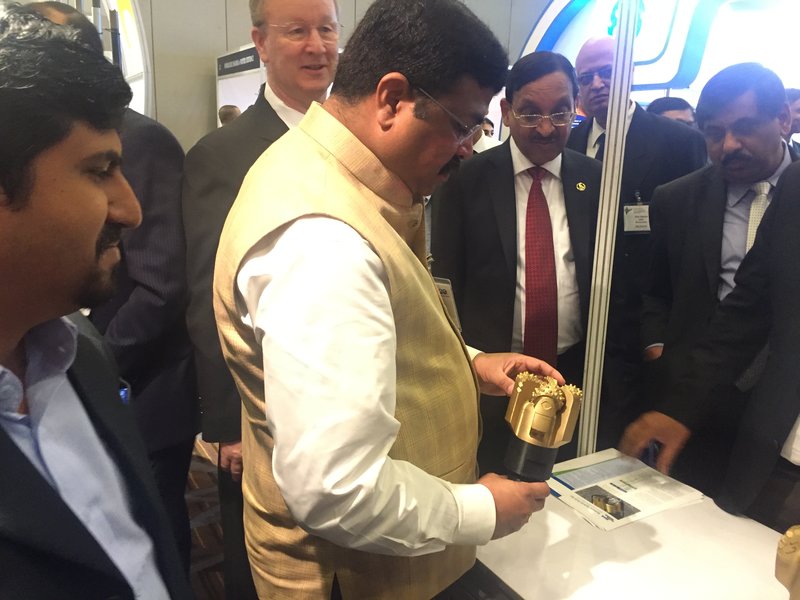 SPE sponsors Energy4me.org workshops. Over 200 students plus 40 teachers and helpers learned all about the oil and gas industry. 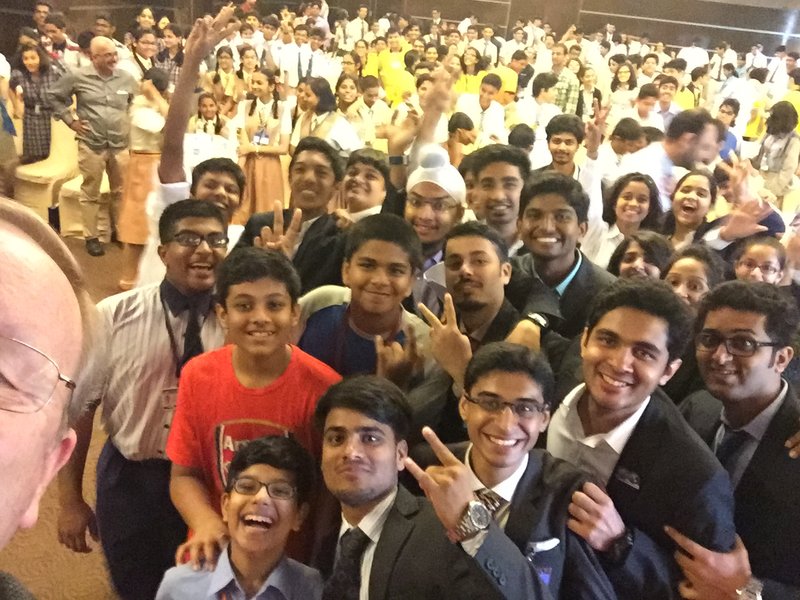 This SPElfie is with the local section leaders. 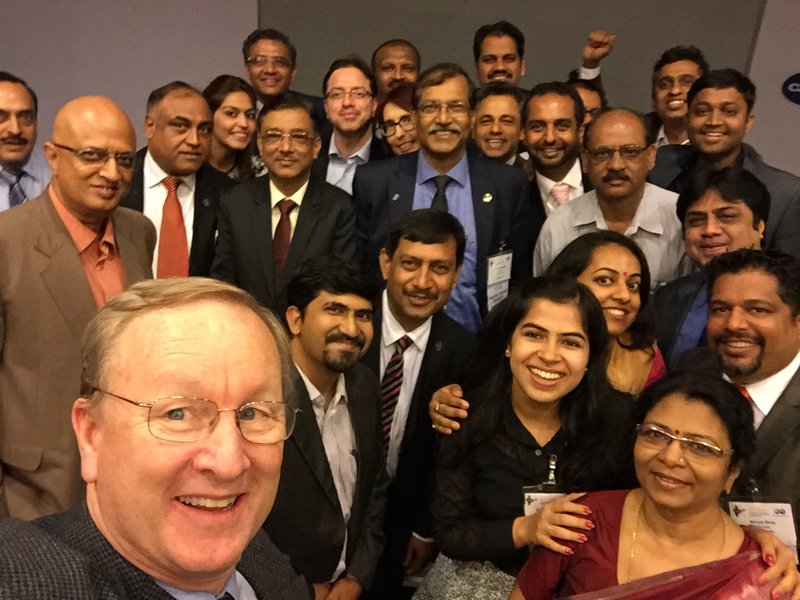 It took most of the day to get from Kolkata to Dammam and I arrived just in time to participate on the Saudi Section meeting. His Excellency Dr. Tawfig Fawzan Alrabiah was the speaker and I was really impressed with him. He is the Minister of Commerce and Industry and spoke informally and interactively with a large number of people.

The next morning it was off to tour the massive Manifa Field. Development of the field required building dozens of drilling islands and the complex is designed to produce 900,000 B/D. The environmental aspects were quite impressive and I couldn't help but see how dramatically smaller the environmental impact of this project is to similar volumes (reserves?) projects in the US like the Bakken, Eagle Ford and and Permian unconventionals. I was very pleased to have this opportunity. 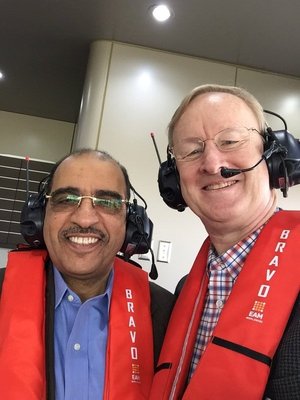 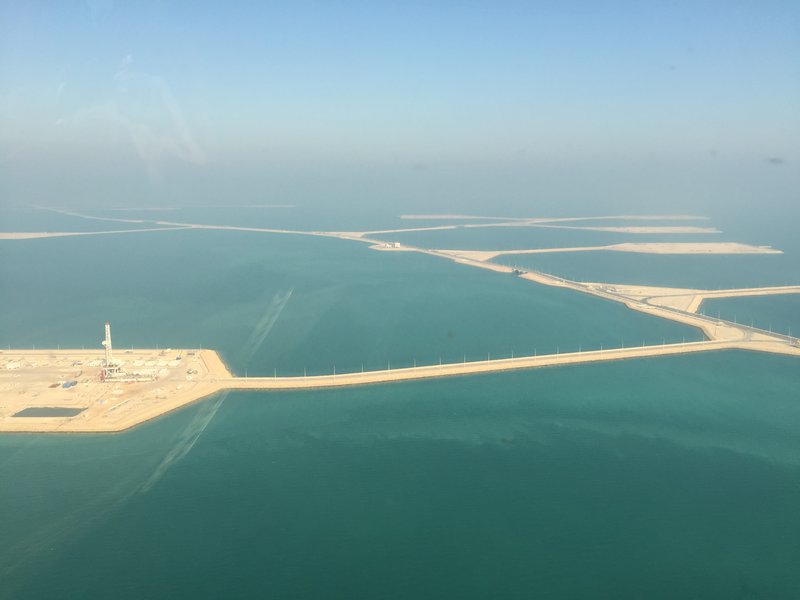 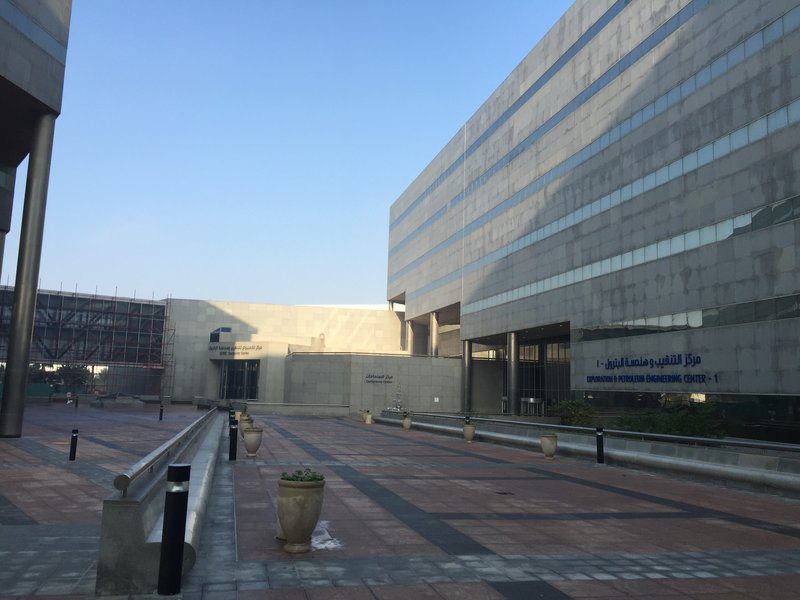 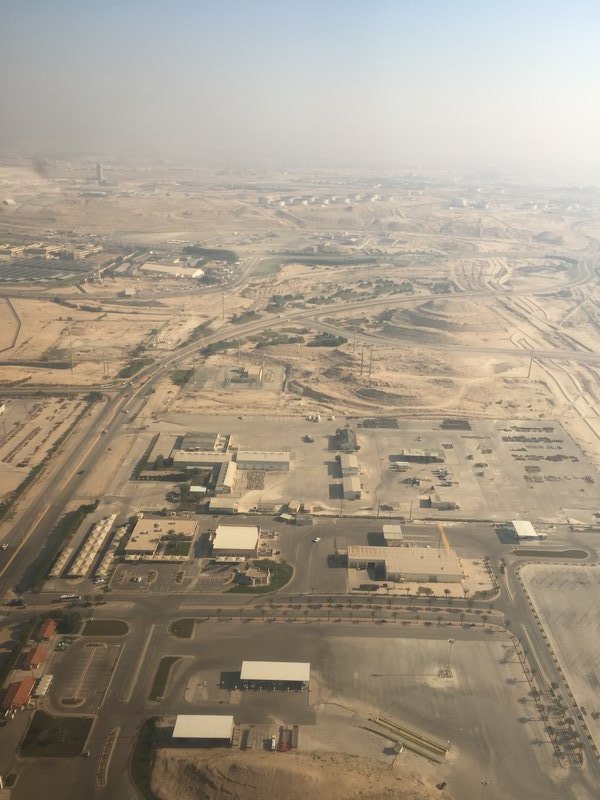 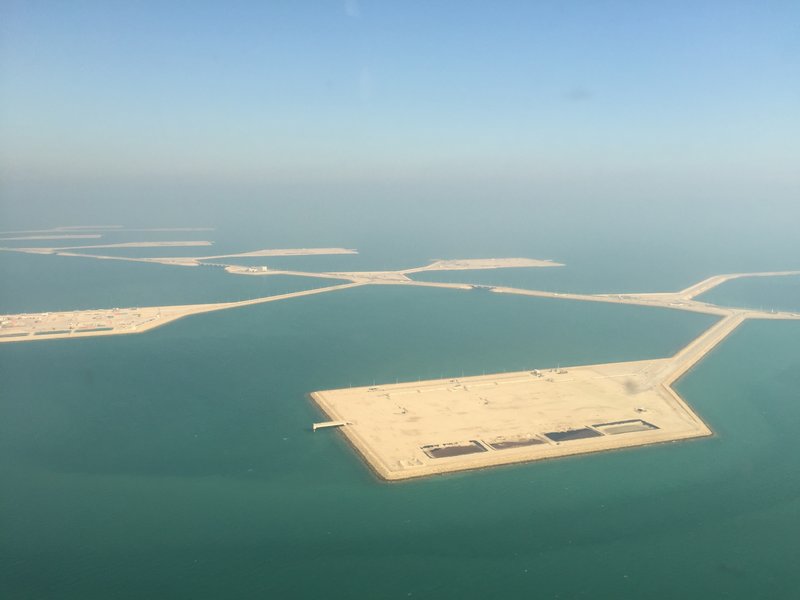 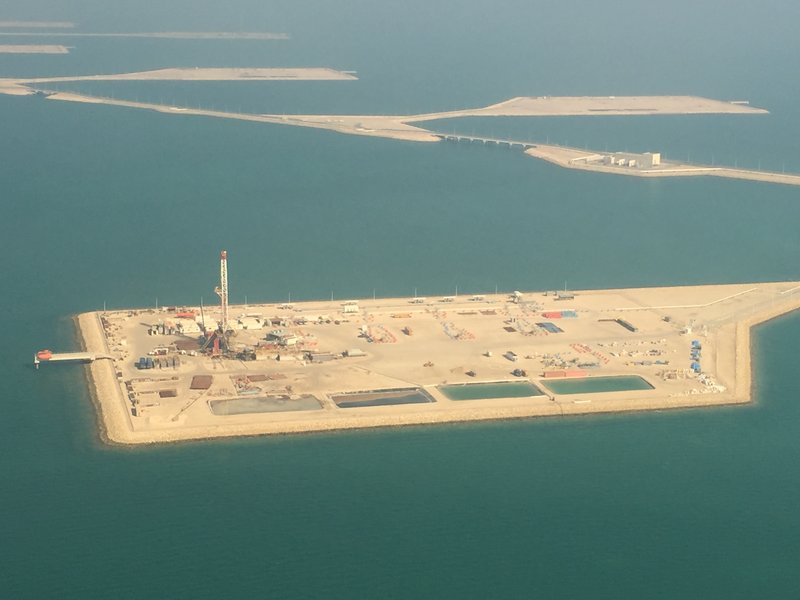 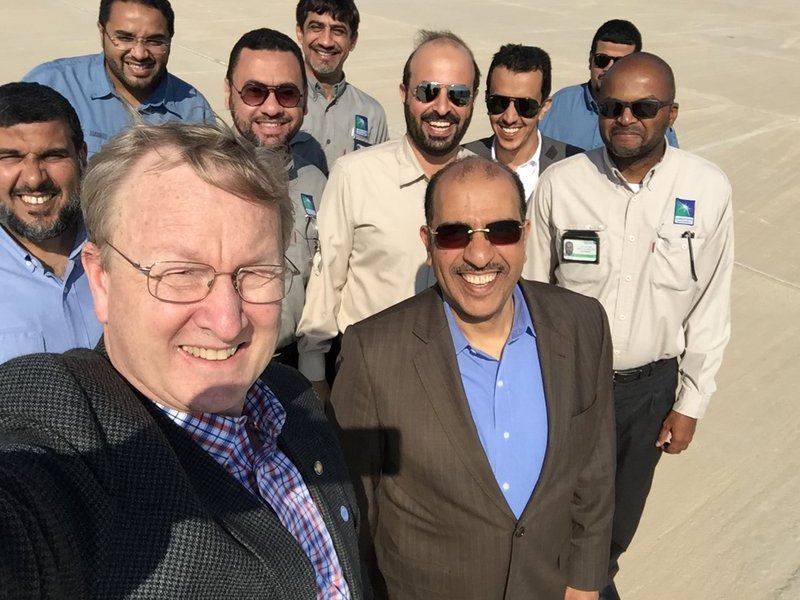 After the amazing tour hosted by Saudi Aramco, I flew to Jeddah to visit the King Abdullah University of Science and Technology (KAUST) located in Thuwal. I had met their President Jean-Lou Chameau in Oman. We had several things in common---we are both Stanford PhDs and we both met our wives at Georgia Tech. I met mine when we were students there; he was Provost! Nonetheless, KAUST has a great(!) petroleum engineering program in spite of it being quite new. Students come from all around the world. Their super-computing, nanotechnology, combustion, extreme computing and other state-of-the art labs are amazing for a school with only about 1,000 students. Former UT Department head Tadeusz W. Patzek is the petroleum engineering head there. I met an amazing group of faculty. 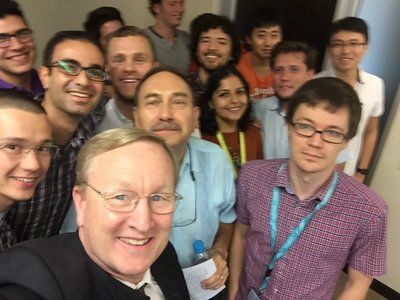 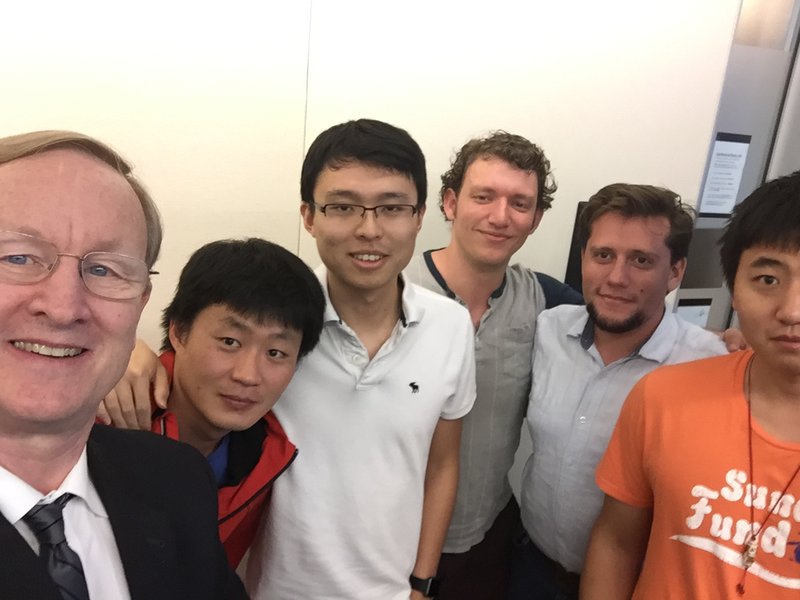 It is hard for me to overstate how impressed I was with this University. It was the most amazing University visit I have had in a long time. The atmosphere was at once electric with collaboration and enthusiasms and then almost charming as you see children and families enjoying themselves in this beach side location.

The weather was awesome.

Finally it was off to Doha for IPTC.

The International Petroleum Technology Conference is organized to further the advancement of scientific and technological knowledge related to the exploration, development, production, transportation and processing of oil and natural gas, and rotates between Doha, Qatar and the Asia Pacific region. I gave several speeches and met with local students including those at Texas A&M Qatar. Each of the Society Presidents from SPE, EAGE, SEG and AAPG were there so it was naturally time for SPElfie. 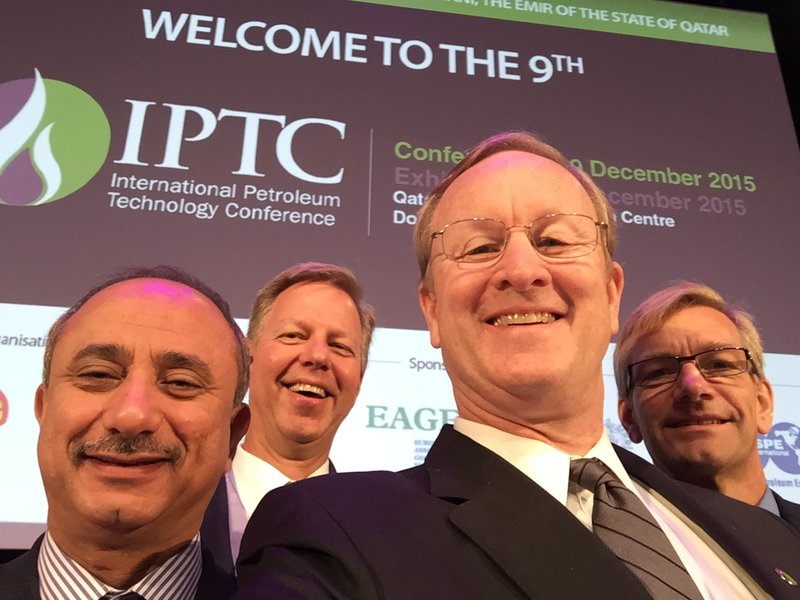 I met old friends like Ali Al Jarwan of DM-OPCO. 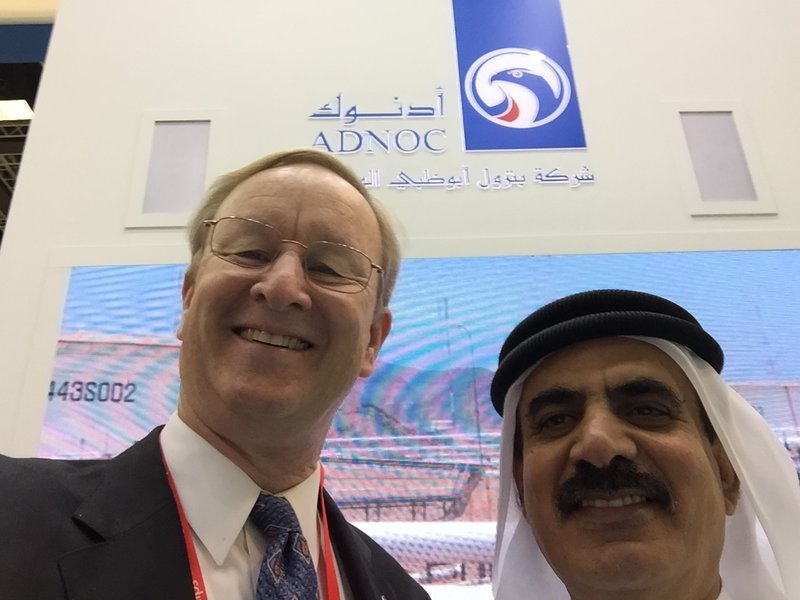 Naturally there were plenty of SPElfies with students at IPTC and at Texas A&M Qatar. 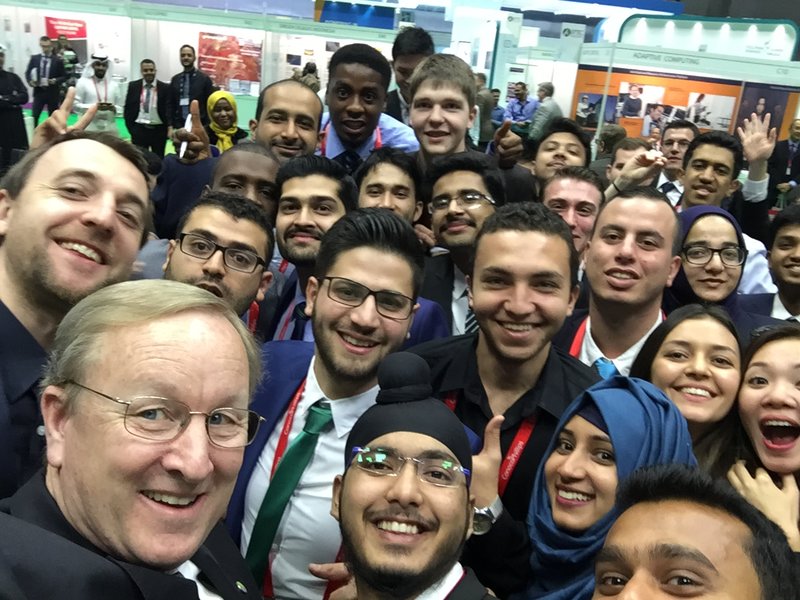 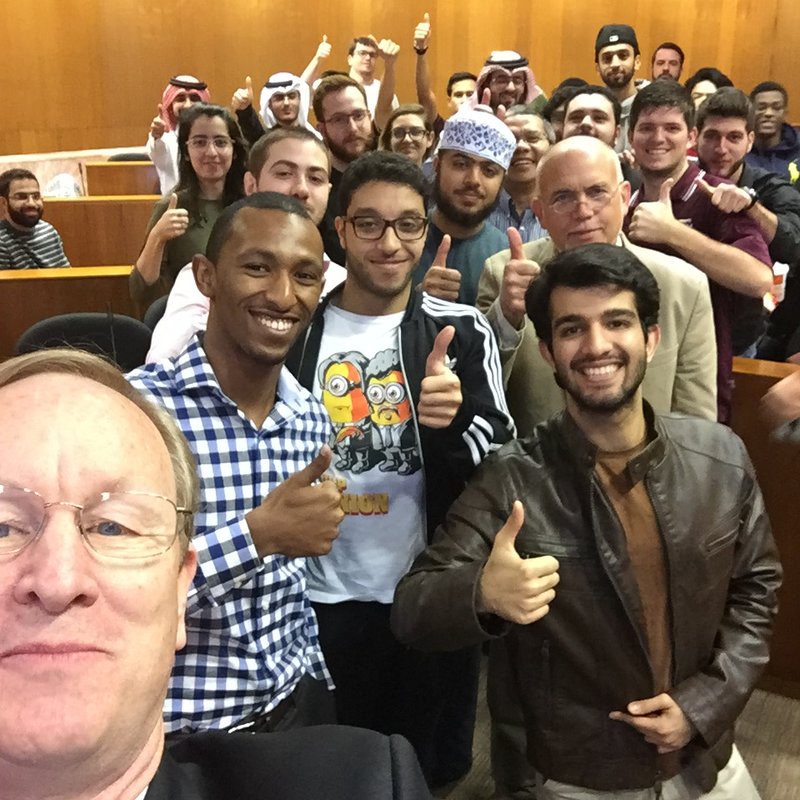 The nonstop Qatar Airways flight from Doha to Houston takes a long time but I was thrilled to get on the plane knowing that I would at last be home. I had only been home five days out of the previous 59 days. Fortunately December looks much better!

Here is a quick picture of the ME travel portion. 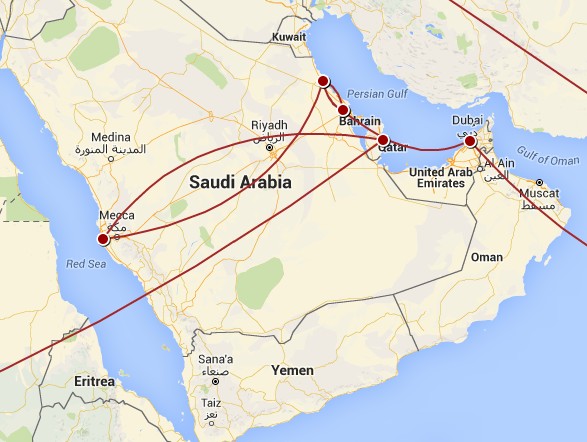 You can of course read about my barbecue at This site
My Baker Hughes reservoir blog is here.
My (old) blog detailing my 18 months in Hong Kong is here,

Posted by fracmeister 06:02 Archived in India

Previous Next Table of contents

This blog requires you to be a logged in member of Travellerspoint to place comments.

If you aren't a member of Travellerspoint yet, you can join for free.